Mrs. Naudain is the founder of Naudain Montessori Academy and served as the Administrator for 44 years. She received a B.A. from Villanova University and a diploma from Association Montessori International in 1975. She worked for Montessori School House (1975) and Montessori Child Development Center (1976). She started her own school in 1977. She remains active in AMS, AMI and NAMTA Montessori organizations. She and her husband, Dick, have been married for 45 years. They are the parents of Leddy Nelson, Lauren Richards and Brinley Naudain. They have four grandchildren who continue to fill their hearts with joy. Her philanthropic efforts include contributions to various local and international organizations. Past volunteer efforts included work as a cheerleading coach and 14 years as a Safety Ambassador for Okemo Mountain. She is an avid skier and also enjoys reading, paddle boarding and golf. Mrs. Naudain has now developed a management team led by her daughters Brinley and Leddy. She is known for her love of children, dedication to Montessori education and commitment to Naudain Academy.

Miss Brinley is the youngest of the Naudain daughters. She attended Naudain Montessori Academy as a child. At a young age, Brinley had such a strong love for her mother’s school that she would help in the classroom during the school year and summer. Throughout high school, she worked as an assistant teacher in the After-Care Program. After graduating high school, she began working at Naudain Montessori Academy full time. She worked as Mrs. Bron’s Assistant, taught in the summer camp and worked in the office handling Accounts Payable and Receivable. Miss Brinley is currently working at Naudain as the Administrator and handles all business matters including Accounts Payable and Receivable. She has her North American Montessori Center Infant/Toddler certification. Miss Brinley enjoys spending time with her friends and family, exercising, organizing, traveling, cooking and playing with her dogs. Her love for the Montessori Method is evident in her work as she continues to follow in her mother’s footsteps. 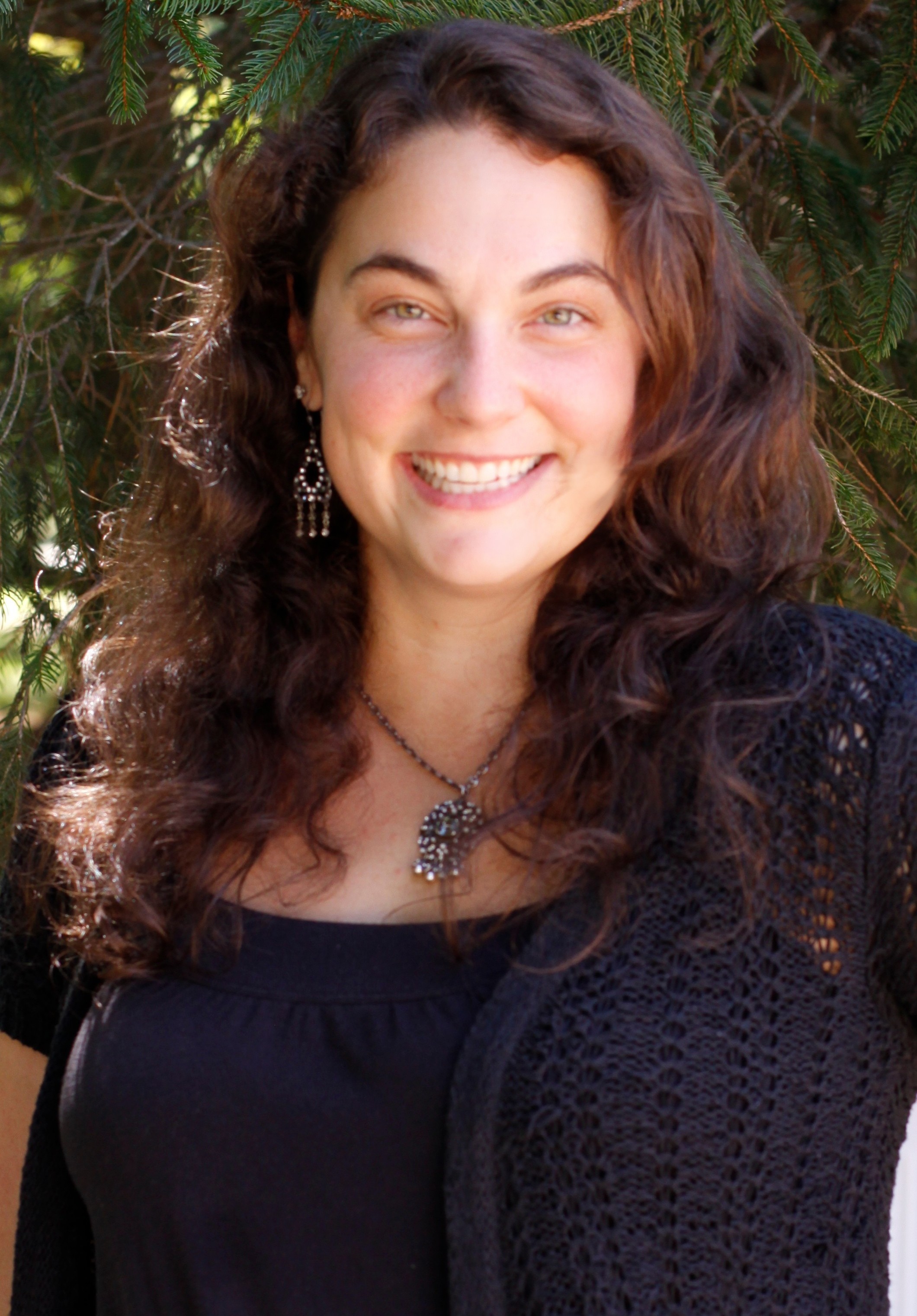 Mrs. Nelson has worked at Naudain Montessori Academy for many years as a primary teacher. In her youth, she attended Naudain Montessori Academy, Voorhees public schools and then graduated from Eastern High School. She then attended Johnson & Wales University and received degrees in both Culinary Arts and Marketing. Leddy returned to the school as a summer camp employee. She then attended the Princeton Center Teacher Education for her Montessori teacher degree. Following this, she began her teaching career at Naudain Academy in 2002. She has served as a primary and Extended Day (K) teacher, office assistant and Administrator. She married her husband, Frank, in 2010 and had her first baby in 2016. When not focusing on her work, Leddy enjoys reading, listening to music, traveling and spending time with her family and friends. Her quiet, capable and pleasant demeanor is the perfect blend for students and parents.

Ms. Christy has many years of teaching experience with Toddlers in a Montessori program and has been teaching at Naudain Montessori Academy since we opened our very first Toddler classroom many years ago. Ms. Christy grew up with an appreciation for the Montessori method ever since her mom was a Montessori teacher. After taking college courses in Early Childhood Education, Christy entered the Princeton Center for Teacher Education and received her Infant/Toddler Montessori certification. Ms. Christy lives in Pennsylvania with her husband, Clint her 2 children and her dog, Lily. Her hobbies include traveling with her husband, bowling and spending time with family and friends. Christy’s passion continues to be educating the youngest of children. This is emphasized by her boundless energy and continuous smile when working with the children. Christy has proven to be an invaluable asset to the school.

Mrs. Emerson received her Early Childhood Montessori training from the Princeton Center for Teacher Education and has previous experience working as a Teacher at a Montessori school in Marlton. She lives in Woodbury, NJ with her husband and pets. Mrs. Emerson volunteers her time with her church and enjoys singing in her church choir as well as reading and hanging out with family and friends. She has a passion for early childhood education and enjoys working with the children at Naudain Montessori Academy. Ms. Nicole decided to further her knowledge of the Montessori method by earning her Primary Montessori Certification shortly after joining the staff of Naudain Montessori Academy. After years working with both primary students and toddler students, she continues to grow by taking the Montessori Training for Infant/Toddler. She had previously worked at a local pre-school as well as a nanny and skilled assistant for children with special needs, specializing on children with autism for many years. Ms. Nicole was also a teacher’s assistant for middle school and high school students with multiple disabilities. In her spare time, Nicole enjoys spending time with family, taking trips to the beach and bringing her dogs Riely and Milo to the park. 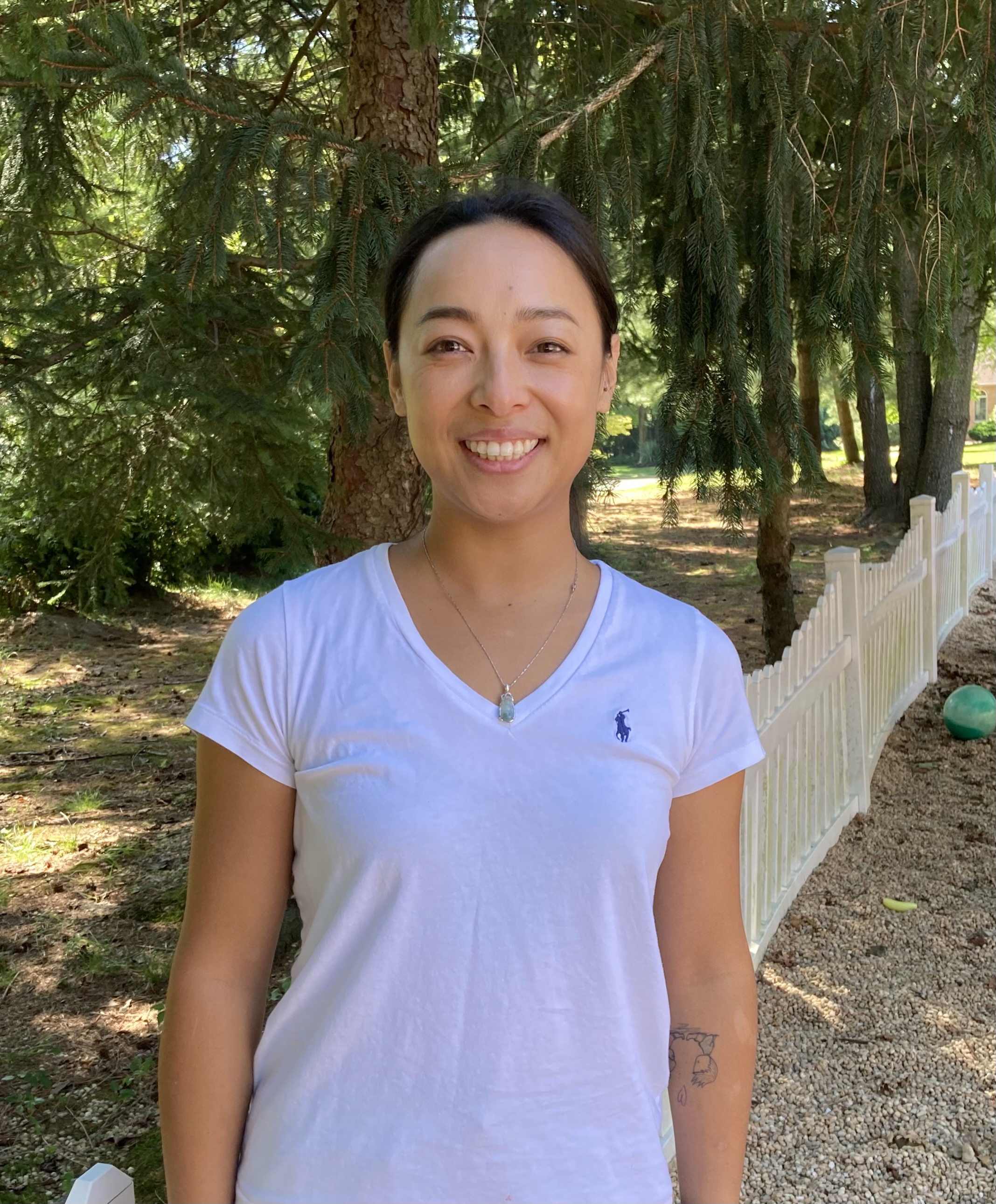 Mrs. Bron has been with Naudain Montessori Academy for over 35 years. Mrs. Bron holds her Primary Montessori Certification from Chestnut Hill College. She has worked at Naudain Montessori Academy in many capacities including Primary Teacher, Assistant, Extended Day (K) teacher and summer camp instructor. Her previous work experience includes sales and serving as a nanny for local families. Mrs. Bron’s demeanor reveals her deep commitment and regard for her students. 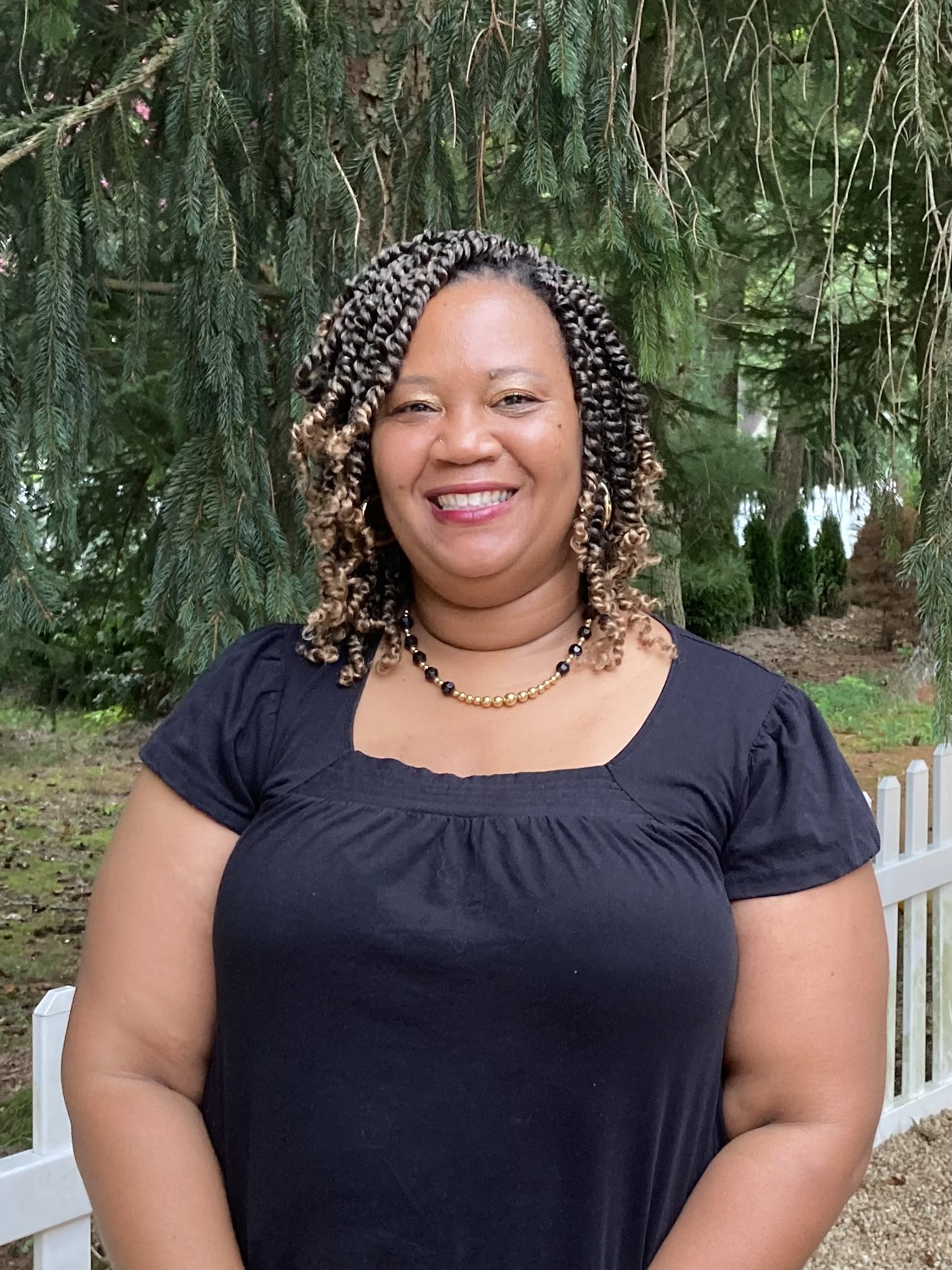 Mrs. Jannatta Tillman joined Naudain Montessori Academy in August of 2021. She is a mother of three and enjoys working with children. She has spent a decade working in the behavioral field and is excited to bring these skills into her work at Naudain Academy. She enjoys gardening, cooking, traveling and going to parks with her children. 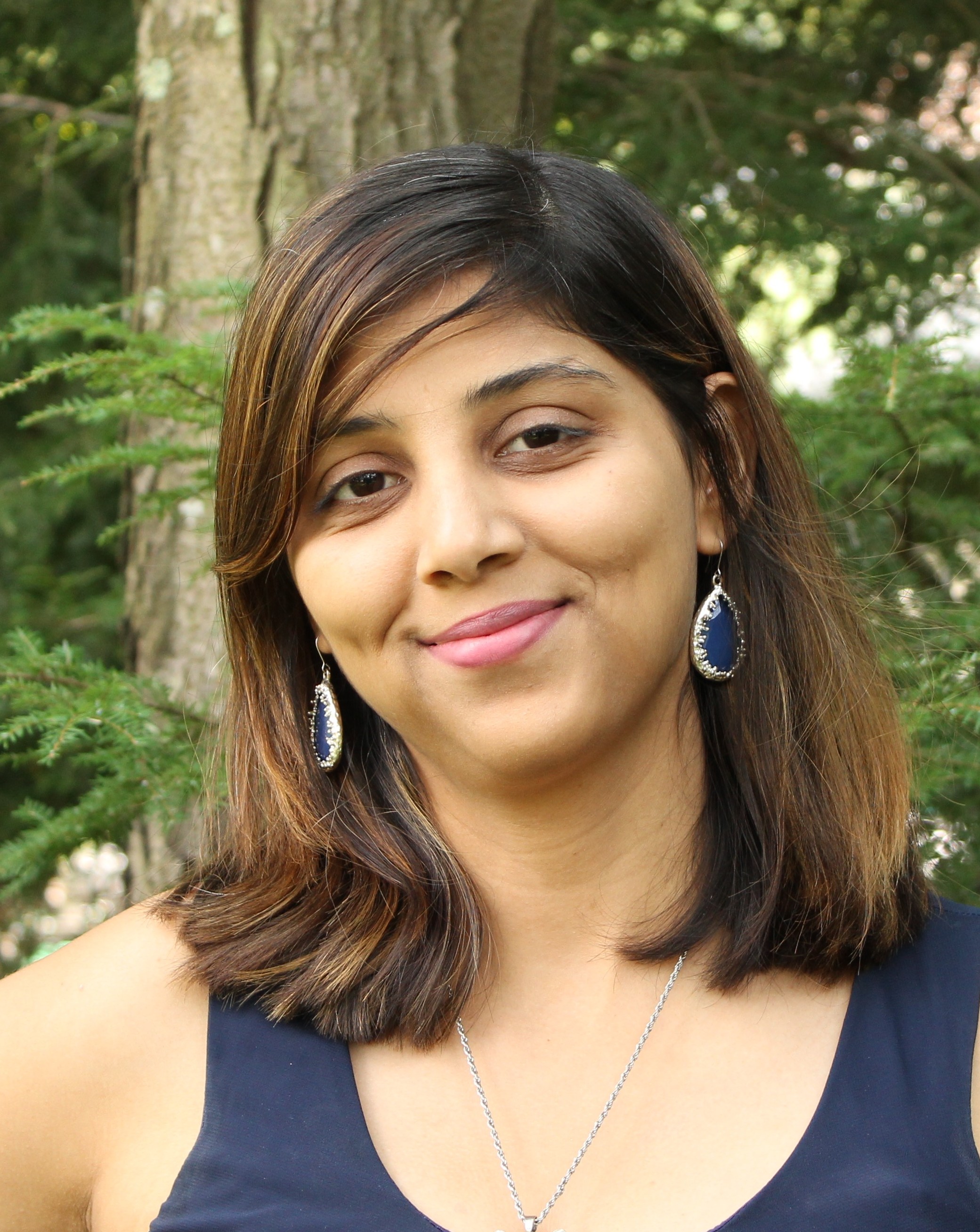 Mrs. Kanchan started with Naudain Montessori Academy as an intern during her Montessori Primary Training. She now holds her Montessori Certification from Chestnut Hill College as well as her Master's Degree in Early Childhood Education. She has worked as an assistant, a teaching team and a lead teacher in the Primary classrooms.

Ms. Robbins has been working as an assistant at Naudain Montessori Academy for over 7 years. She was previously employed at a Montessori school in Marlton, NJ where she was also a Primary Teaching Assistant. Ms. Robbins has her Associate’s degree in Computer Sciences as well as training in the Montessori methodology. Through her career path, Ms. Robbins raised two children, a son and a daughter, who are both now college graduates. Ms. Robbin’s continued passion for the classroom and the love for her children has brought her to this school. 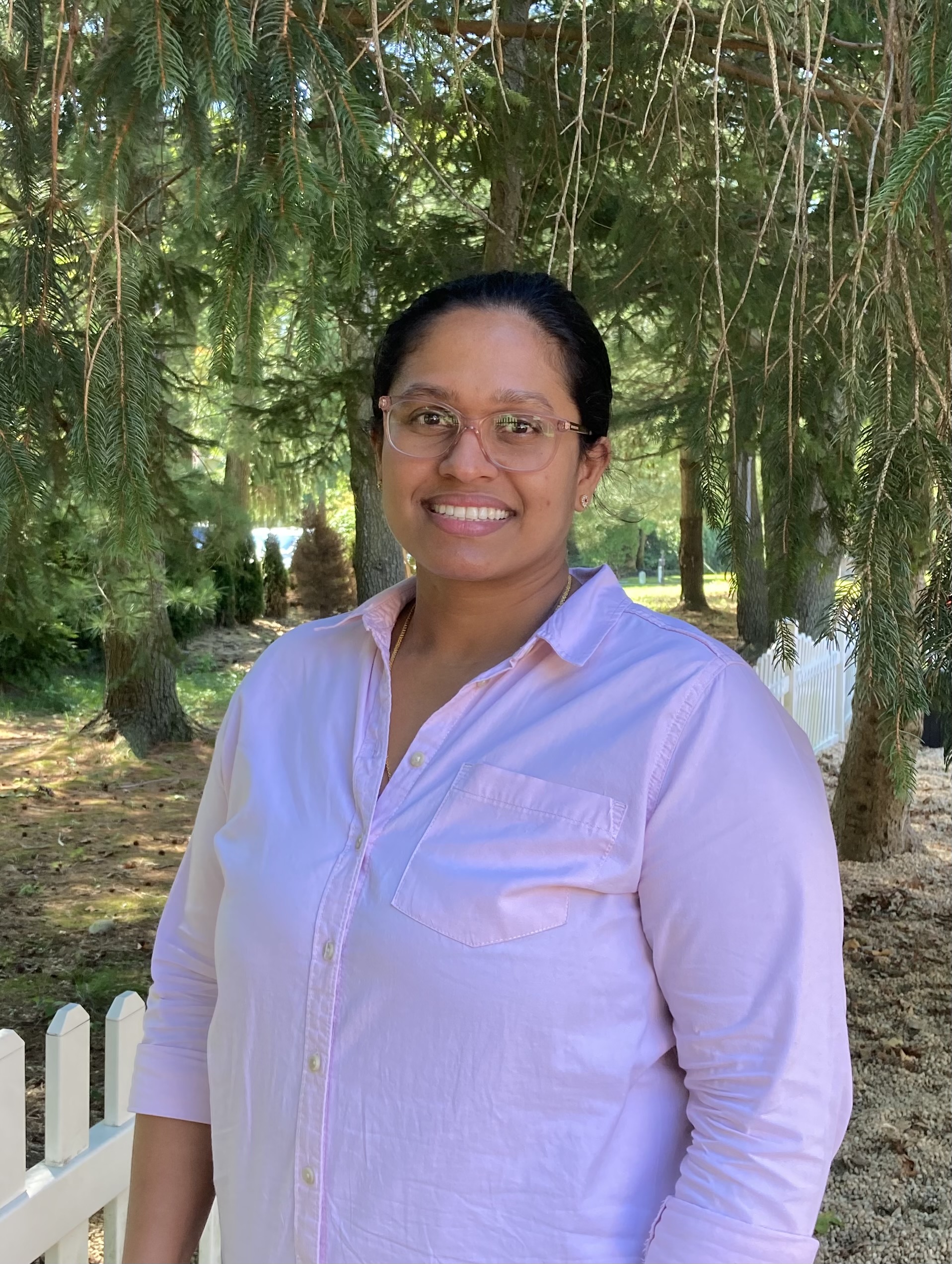 Mrs. DeFonseka is an AMI qualified Montessori teacher. She has worked as a teacher and an assistant at both AMI and AMS Montessori schools in the area and has years of experiance working with children. She was born and raised in Sri Lanka. She moved to the United States after getting married to her husband Jeffrey. She is a mom to a 4 year old and a 7 year old.

Ms. Sara Viniar recently joined the Naudain Montessori Academy staff, though she is no stranger to the school, having attended herself as a child! She has spent many years teaching Theatre, Teamwork, and Leadership to students of all ages in schools, after-school programs, and camps. In her free time, Ms. Sara enjoys performing in and stage-managing theatre performances as well as reading and spending time at the beach.

Niki Sambalino has been a substitute teacher at Naudain Montessori Academy since 2012. She graduated from the University of Florida with a business degree and worked for many years as a paralegal in her husband’s law office. Niki raised 4 children in Haddonfield and volunteered at both the elementary school and middle school there. While volunteering at the elementary school, she worked with the “Writing to Read” program. Now that her children have graduated, Niki spends her time volunteering at the South Jersey Food Bank. Niki is an avid tennis player and loves to read and knit. Niki spends her summers at the New Jersey shore and in the winter she loves to travel. Cathy Waurick, better known as Ms. Cathy, has her American Montessori Society Infant/Toddler and Early Childhood Teaching credential and has been teaching since 1975. Ms. Cathy taught the Toddler classroom at a Montessori school in Clinton, NJ. She then taught in the Primary classroom at a school in Bridgewater, NJ and most recently at Valley Forge Kinder House in Phoenixville, PA prior to her retirement. Ms. Cathy still very much enjoys working with children in the Montessori environment each time she substitute teaches. 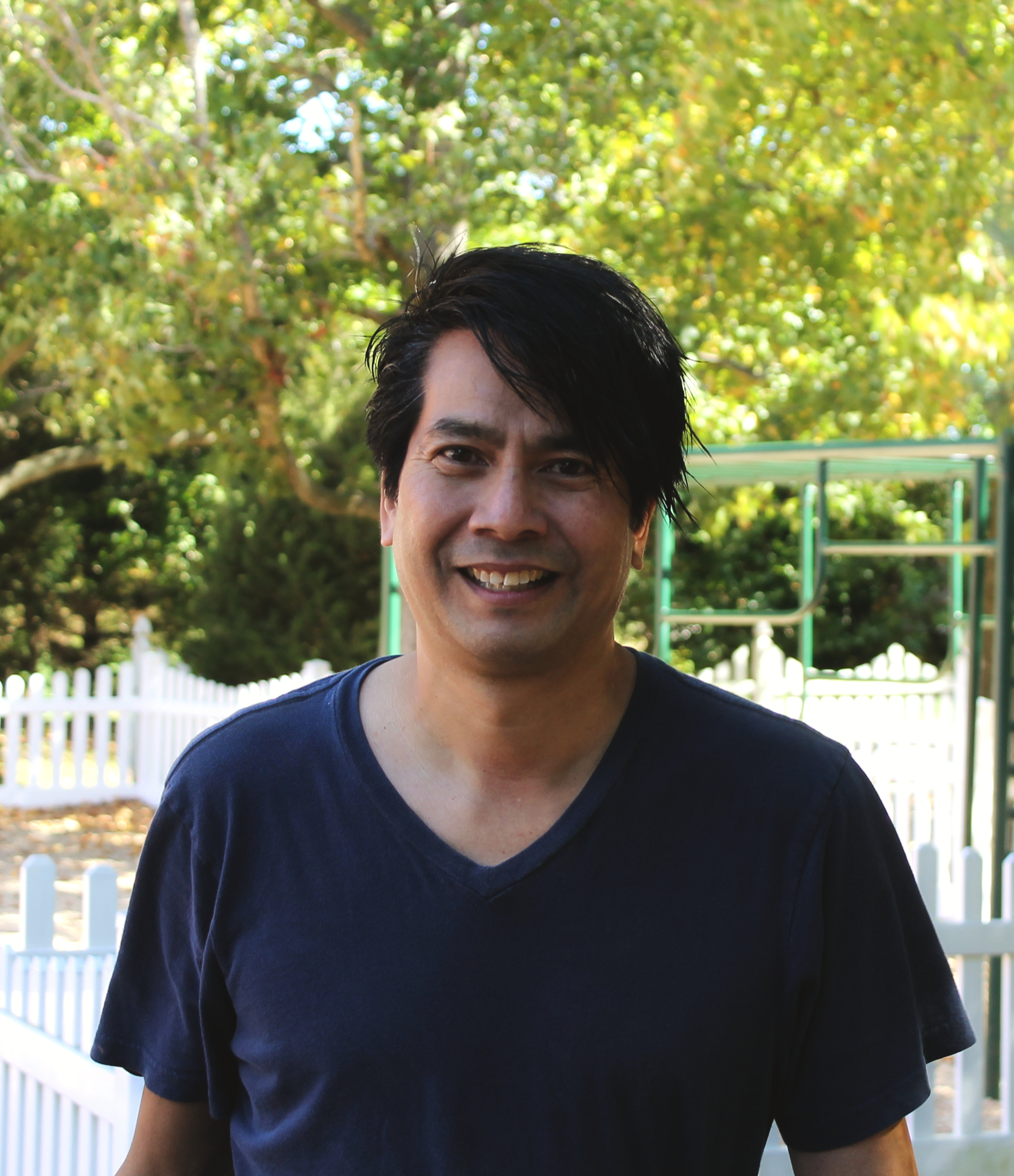 Mr. Reggie has been teaching the children of Naudain for many years about different instruments, musical concepts and the different genres of music in a hands-on, interactive and engaging manner. He incorporates a nice balance of movement with his music lessons as well. Mr. Reggie's musical background and experience includes being a guitarist with Heaven's Edge Rock Band and giving one-on-one instrument lessons. 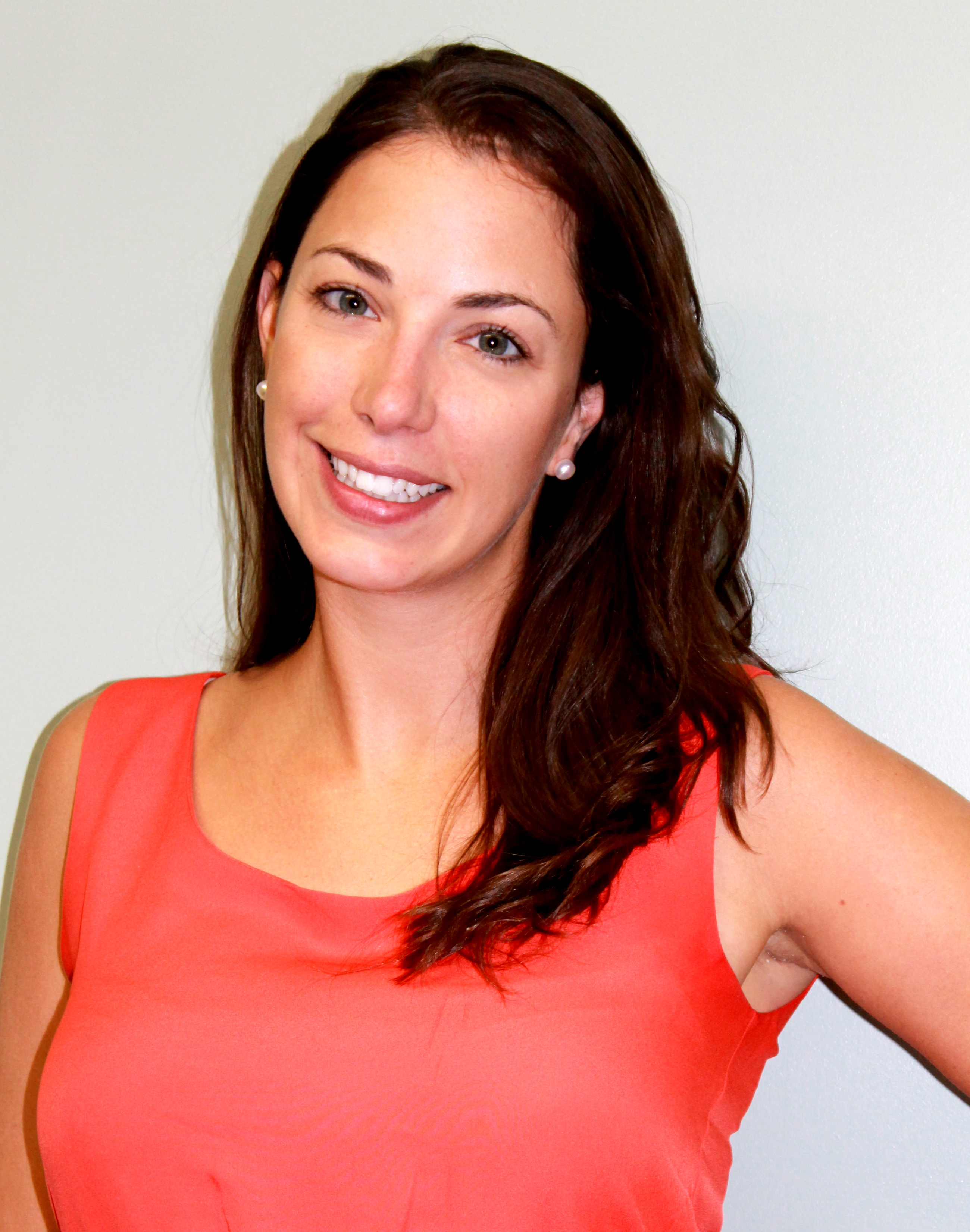 Ms. Laura started her teaching career at Naudain as Teaching Assistant while attending college for a degree in psychology and education. Laura has taught elementary and middle school locally and internationally with over 16 years of experience. She has taught in Norway, South Korea and Colombia. Currently, Laura with her company Higher Minds brings SEL(Social Emotional Learning), mindfulness and yoga programs into schools and communities. She has seen profound positive changes in her students’ lives through the gift of yoga and mindfulness. Her passion is to teach children of all ages the ancient practices of yoga so they can reduce stress and anxiety. These practices help her students keep a healthy mind, body and spirit. In addition to weekly mindfulness classes provided for all children enrolled, she also offers after school optional yoga enrichment classes. Laura hopes to spread the gift of yoga and mindfulness through her teachings!